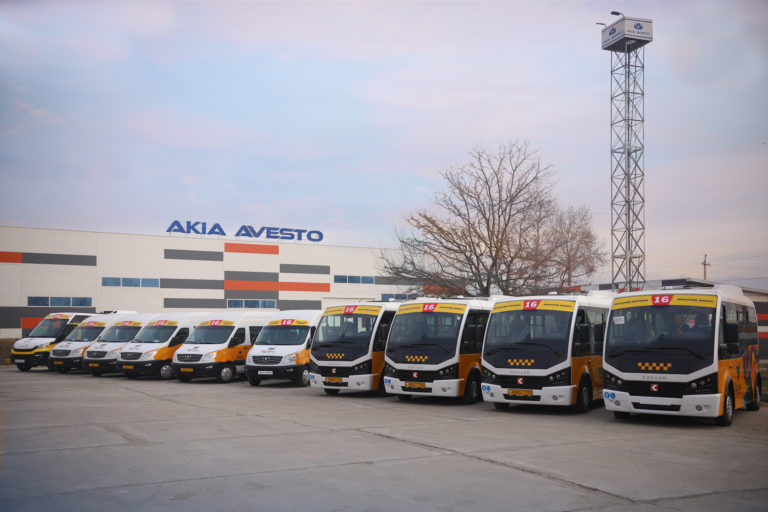 New minibuses began to run on route line No. 16 of the city of Dushanbe. Modern minibuses were launched along the specified route in order to improve services in the field of passenger transport.

The new minibuses will be assembled and manufactured by Akia Avesto Automotive Industry LLC. After successfully testing the quality and convenience of three brands of minibuses KARSAN, JAC and IVECO, the assembly and production of one of them will begin – more suitable for the conditions of the modern capital.

The passenger will choose the best minibus model

When assembling and manufacturing a new minibus, the domestic manufacturer will be guided by the criteria dictated to it by the main consumer of public transport – residents and guests of the capital. They, according to the conditions of the test, will be given the opportunity to use the services of all three vehicles so that they can choose one of them – the best, most suitable and favorable vehicle for the conditions of Dushanbe.

All three models of new and innovative vehicles in terms of safety and comfort comply with the high international Euro 5 standards of environmental, technical, operational requirements and are of great importance in improving the quality of service for the transport services market.

Residents and guests of the capital will be informed about the plying of new models of mini-buses in the very near future. They will be put into operation along the route of minibus No. 16, which runs from the village of Chorteppa to the Chanor microdistrict. The fare will be paid in non-cash form.

Prior to the introduction of this system in public transport (buses and trolleybuses), there were constant misunderstandings between the driver and passengers regarding the issuance of change in worn out banknotes or its failure to issue due to the lack of small banknotes, the disorder of passenger traffic when entering/exiting the transport, as well as other cases that had negative impact on the work of the driver and the passenger himself.

Payment for travel by means of plastic City-cards served as the basis for eliminating these shortcomings and facilitated the work of both passengers and drivers.

The use of plastic cards is so simple that not only young people, but also older people who are not used to new technologies can easily and simply used by them.

The introduction of an electronic payment system is considered as the basis for ensuring the transparency of services, taking into account the experience of modern cities and developing countries in the modern world.

In Dushanbe, the cashless payment system aims to reduce the level of the informal economy and is a sustainable step towards the transition to a digital economy.

We are in social networks